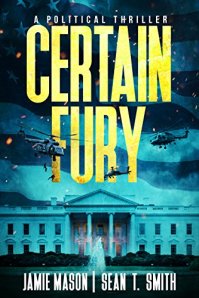 Like most crazy ideas, this one started over a conversation that involved alcohol. Sean Smith and I were bemoaning the state of the union, as one does these days, but when two post-apocalyptic writers have that conversation it gets dark really  fast (remember: we do research). Scenarios ranging from foreign invasion to civil insurgency to nuclear Armageddon were tossed back and forth. Then I mentioned an exchange I had with my old mentor Dr. Tom Lincoln of RAND Corporation.

To say Tom was eccentric would be an understatement. Before medical school, Tom earned a degree in cryptozoology. He was one of Carl Jung’s graduate students. He drank expensive scotch and wore tennis shoes everywhere, even to Congressional briefings. And he had this penchant for collecting weird things, which he sometimes showed me: a photograph album of the human body viewed as a series of 300 cross sections, medical files of Ebola patients, notes from meetings with Norman Schwarzkopf in which they war-gamed Desert Storm and a draft contingency plan to remove the President from office by force should the need arise.

Back in the bland days of Bill Clinton, the very idea was ridiculous – far-fetched X-files stuff. But the US military being what it is, they have plans for everything, including occupation of Canada by extraterrestrials. I have no idea how Tom got his hands on it. But a draft contingency designed by some low-level military wonk back in the Seventies (probably in response to Watergate), now long declassified and replaced, made for interesting reading at the time. Sean thought it might make for interesting writing in the here and now.

“Goddamn!” he cried with the unabashed exuberance that makes me love the guy. “Let’s write that story! Let’s write it now!”

With the same momentum that I imagine must have carried Crosby, Stills, Nash and 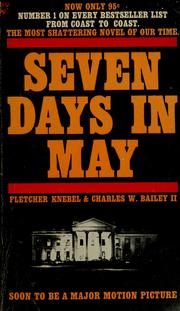 Young through recording and releasing of Ohio  within three weeks of Kent State, Sean and I produced Certain Fury  in a fever. E-mailing pages back and forth between Vancouver Island and Florida, we built a fast-paced, character-driven thriller novella in (what I hope is) the vein of Fletcher Knebel or Richard Rohmer, and had a blast doing it. Our easy friendship made the collaboration a joy and along the way I rekindled my romance with writing straight-ahead thrillers. My friendship with writers like Alex Shaw, Steve Konkoly, Jamie Mason (no, the other Jamie Mason) and Ali Karim often pulls me into that very distinct orbit of publishing, and I have written two novellas for Steve’s Perseid Collapse series that remain some of my most well-received work to date. It was good to be back in familiar terrain.

Because we wanted to respond to shifting circumstances, engaging any of the traditional publishers with whom Sean and I have worked in the past simply wasn’t practical. We wanted to respond to the ongoing crisis in the American situation and put something out now, like a rock single. Fortunately, a variety of alternative, self-publishing platforms exist so we chose KDP and I took over the helm. Producing Certain Fury  forced me to polish off project management and production skills I haven’t used in a long time and I was surprised to find myself enjoying that side of the experience more than I expected. The project might be self-published, but I was determined to involve the same pro-level artists, editors and formatters Sean and I had both used for our house projects so I contacted them. To my great delight, they were willing to come onboard as sub-contractors. Felicia Sullivan performed her editorial magic under extreme time crunch, Christian Bentulan crafted a beautiful cover and the mighty  Kody Boye provided a timely, tasty e-book mark-up. Wrangling all this in the tight time-span we had required chops I’d left dormant since the old days. It sure felt like a professional endeavor, but of course …

We’re self-publishing, I thought – something I told myself I’d never do. But it’s for a good 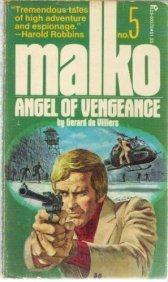 cause. We were responding to events – something artists often feel compelled to do.

Even the guys cranking out thrillers in the basement .

Right around this time, I found myself recalling the men’s adventure novels of the 1970s, the books that first inspired me to write: Don Pendleton’s Executioner books, Donovan’s Devils and the Malko series from France. I wondered whatever became of that whole strata of publishing. Men’s pulp adventure fiction with a strong military focus seems like an anachronism in our enlightened era of safe spaces, political correctness and ascendant feminism. And there’s nothing wrong with any of those things, as far as I’m concerned …

But there isn’t anything wrong with men’s pulp adventure novels, either. 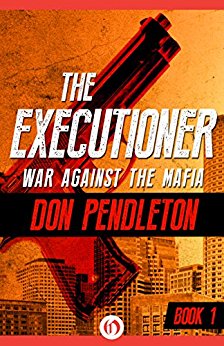 Meanwhile, I learned that The Executioner enjoys a robust afterlife in e-book. And it occurred to me, staring at an early edition of Certain Fury, that it might be worthwhile to make more of these things.

I’m not proposing opening my own publishing house. But I’d sure like to do more books like this and involve other writers, and use such projects to generate paying work for them as well as the artists, editors and formatters who will help us bring quality men’s adventure fiction to market. The totality of the enterprise is at a fuzzy stage just now. Call Certain Fury  a trial run. All my contacts are in place: the artists, copy-editors and other pros needed to see the work done right. I know at least one other writer (possibly two) willing to write a book. Perhaps others will read this and consider contacting me. I hope they do, but I’ll confess right now that I probably have more questions than answers. Will this beast be a micro-press? A publishing co-op? A small start-up? How will we sustain and extend our present funding? How will the novels be received? How will we grow our audience? How will our peers and mentors in the publishing world view our efforts?

Beats me. But I’m having fun and plan to continue. We will produce e-books and a few print editions of what I call “7-11 lunch” fiction: a sammich, an apple and a cookie. Nothing gourmet, but easy to swallow and just plain damn fun. Because isn’t that what this whole fiction thing is supposed to be? 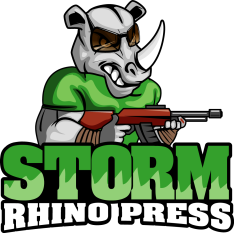 For now I am calling it Storm Rhino Press.